5 Interesting Reasons Parents Gave For Withdrawing Their Children From Schools 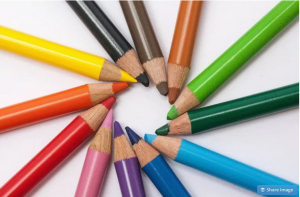 At our last company retreat, we decided our priority was to ensure we deliver value (enrolment leads and top-notch education services) for schools on our platform. To do this, my role became more marketing than operational. I had one week to complete the development of a marketing strategy for my company and the entire team was waiting. Given that at SchoolsCompass, Research and Relationship are core in our value system, I was sure no amount of embellishment would make my marketing strategy accepted unless it was backed by research and based on relationship. As a parent-driven company, I decided to get help from the thousands of parents who visit our platform.

So I conducted an online survey and scheduled physical meetings with some parents who called back to shower encomium on us out of several others we help find schools daily. The feedback from the interview and online survey was interestingly insightful. While my marketing strategy is still near-completion, I believe sharing few feedbacks from these parents is a greater service to our beloved proprietor and proprietors. 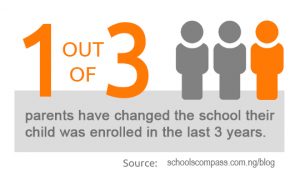 One in every three parents admitted they’ve changed the schools their wards were enrolled at least once in the last 3 years. The reasons parents gave varied from academic performance of their wards to change in school policies and of course household incomes. However, there were several other reasons I find interesting. Here are some reasons that you may not the thinking of and might be affecting your school(s). 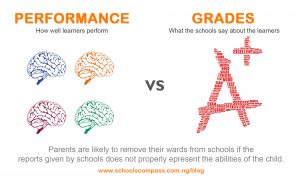 Before now, parents were more concerned with the grades their wards brought home at the end of the school term. That trend seems to have ended as parents are now more concerned with how knowledgeable their Wards are compared to others of their age and grade.

A parent mentioned that she removed her daughter from the school she was enrolled because she discovered that her daughter struggles with distinguishing between figure “9” and letter “p”.

Although the report card stated that her daughter is doing excellently well, she believed the school couldn’t help her.
Parents confirmed that they would prefer low grades with better performance rather than high grades with poor performance. 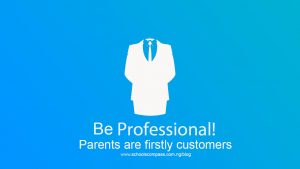 With every school week comes increased fondness (or the opposite) between parents and schools (both academic and non-academic staffs). This ordinarily is a good situation for schools but when not managed properly, could really lead to a skewed parent-school relationship. A parent narrated that she removed her child from a creche she was enrolled in because as at the time she brought her child (around 6 am) the teacher who apparently lives close within the school was still in her night wears. Another parent removed her child because she met a staff shouting at a child who was complaining of pains in the arm. A careless word by teachers or some form of unacceptable mannerism can lead to eventual withdrawal from the school.

Parents usually fail to recognise that there are several other children in their child’s class. The expect a one-customer relationship between them and the school. Because of this mindset, many parents find it hard to forgive schools when little details about their children are missing. From switching toys to using the wrong water-bottles, giving students the wrong workbooks or even calling students the wrong names. Parents want to feel prioritized, they are happy to know the school considers their wards just as special as they (parents) consider them as well. The goal for school here is to ensure enough attention to details is given within and outside the classroom. 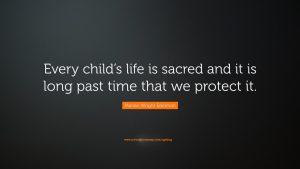 Schools are micro-communities where every child is exposed to being influenced positively or negatively by others. Parents reportedly withdrew their kids from schools when they discovered there was a classmate who had a negative influence on them. Beyond classroom instructions, parents are also concerned about the hidden curriculum taught by the school. A parent removed her child from a school because the child’s properties were being stolen by classmates. According to her, what was lost wasn’t so much of a concern rather, the fear that her child would grow up thinking stealing is normal.

Some schools have suffered a mass withdrawal of students because of a single bully. Schools are to ensure that every child is protected and every negative Influence by other students or staff is immediately addressed. 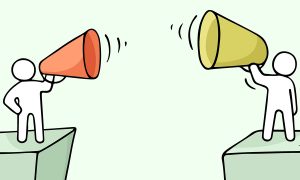 Several parents expressed concerns that schools do not listen to their feedbacks. In some cases, the person receiving the feedback is not a senior personnel in the school; Consequently, the feedbacks are not acted upon. Worse still are schools where there are no feedback mechanism or channel.

Parents don’t just want to be treated as customers, they want to be stakeholders in the school.

In fact, parents envy what other schools are doing and have millions of ideas they want to share.

I’ll stop here so I can round-off my marketing strategy, I’m still speaking with more parents and we are currently analysing more survey submissions. We are preparing a report for our School Search Survey exclusive to Parents and SchoolOwners registered on SchoolsCompass.