Is School a Scam?

We would recall that the government declared total lockdown on the 27th of March this year as part of its effort to contain the spread of COVID-19. No business was left out, as schools had to close – this prompted schools that had the means to move their classes online. 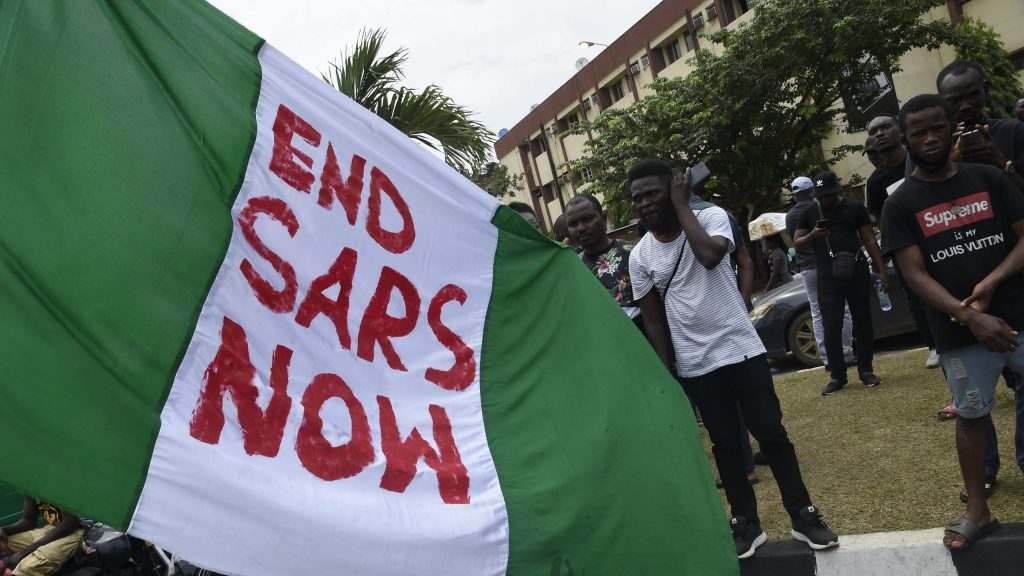 Barely a month after schools were asked to resume, the youths took the street to protest the end of SARS (Special Anti-Robbery Squad, a unit under the Police Force) and police brutality in the country. What started as a peaceful protest soon led to the blockade of major roads that lead to work and schools. The protest was later hijacked by hoodlums who used that opportunity to loot and destroy public and private properties. The unrest led to the closure of schools by the authorities again.

We can all see how learning/education is at the receiving end of everything happening, and no one cared. What even posed as a surprising part of this whole protest is the fact that while the youths were protesting for the end of SARS and reformation of certain government policies, no one came out to fight for the end of the ASUU strike.

Remember that ASUU started their strike during the pandemic lockdown and 7 months later, universities are still closed. Does that mean that the youths do not care about learning again? It simply tells us one thing, they are losing faith gradually in the ability of a degree to give them a better future. 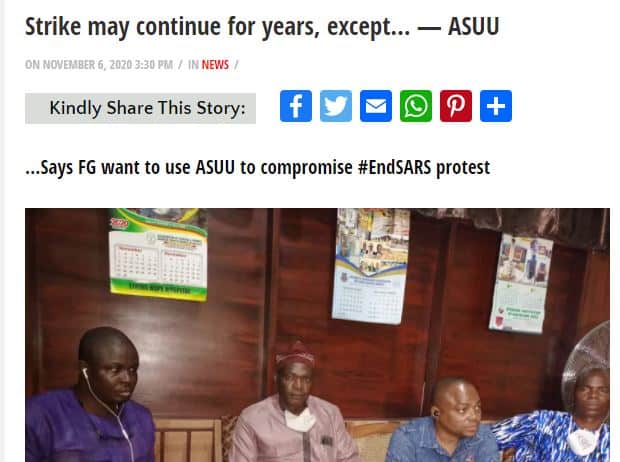 The slang ‘school na scam‘ came about when the majority of the supposed role models to the youths are either drop-outs or people who are not practicing what they studied in school but are still well to do – we have so many of them in the entertainment industry. For example, Falz is a lawyer, Dr. Sid is a doctor, but what is their main source of income? Music! Ayodeji Balogun popularly known as Wizkid is said to be a drop-out of Lead City University, but as of now is worth more than many graduates in different professions.

How then do you convince the youths of this generation that going to school or earning a degree will open doors for them? One typical example is the #benefitboys’ trend of July/August where skits were made of secondary school students who resumed school to just show-off and bully their teachers with expensive rides and gadgets. Even though this seemed like an ordinary comedy skit to many of us, it showed a glimpse of what society is turning to and giving us an indication of what is yet to come. 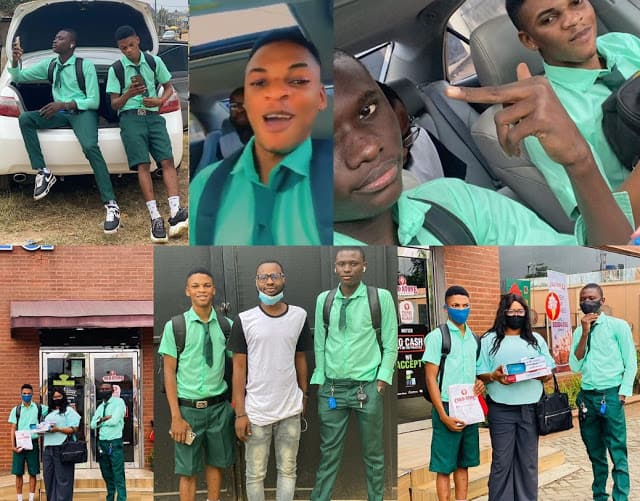 The cases of officials in the country with missing certificates have also created a shadow of doubt in the mind of many as to if education is relevant beyond merely being able to read and write. Now here is the question, is school a scam? Do we have to leave this narrative out there while education gradually loses its relevancy? We need to change the damaged psyche and belief that our youths have about going to school.

Here are some of the reasons why school is seen as a scam;

1.   Old Curriculum: The curriculums used are not changed or updated, we even have lecturers that boast of using their old school notes to teach. The students are not well trained to fit into the 21st-century labor market.

2.   Poor Teaching Method: Students are meant to be taught both theory and practical, but here they focus on theory and leave out the practical aspect. This is why many students forget what they are taught once they leave school because they are academically incomplete. 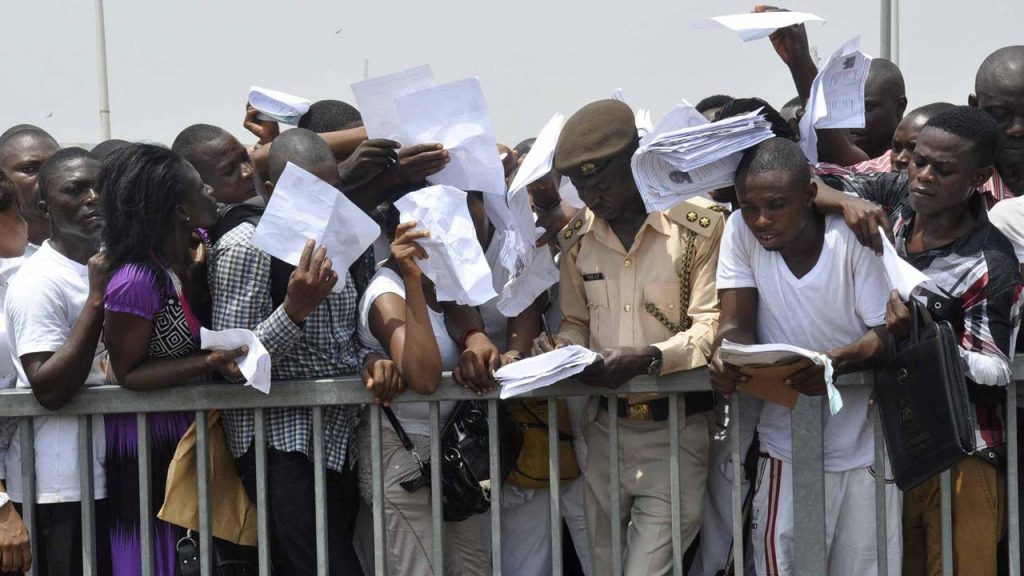 3.   Lack of Graduate Empowerment: Students are not encouraged even to pick up what they’ve learned in school. The winner of BBN (Big Brother Naija) this year won 85 million naira worth of prizes, while first-class students in schools are not even given employment opportunities. Now tell me, is that not a big scam? Students spend 4-5 years in school without any hope of being empowered or employed.

4.   Underfunding: Apart from ASUU going on strike because of unpaid salaries, another reason is that these schools are not properly maintained. The lack of funding has caused poor management of facilities and employment of under-baked teaching staff who year after year also produce half-baked graduates. 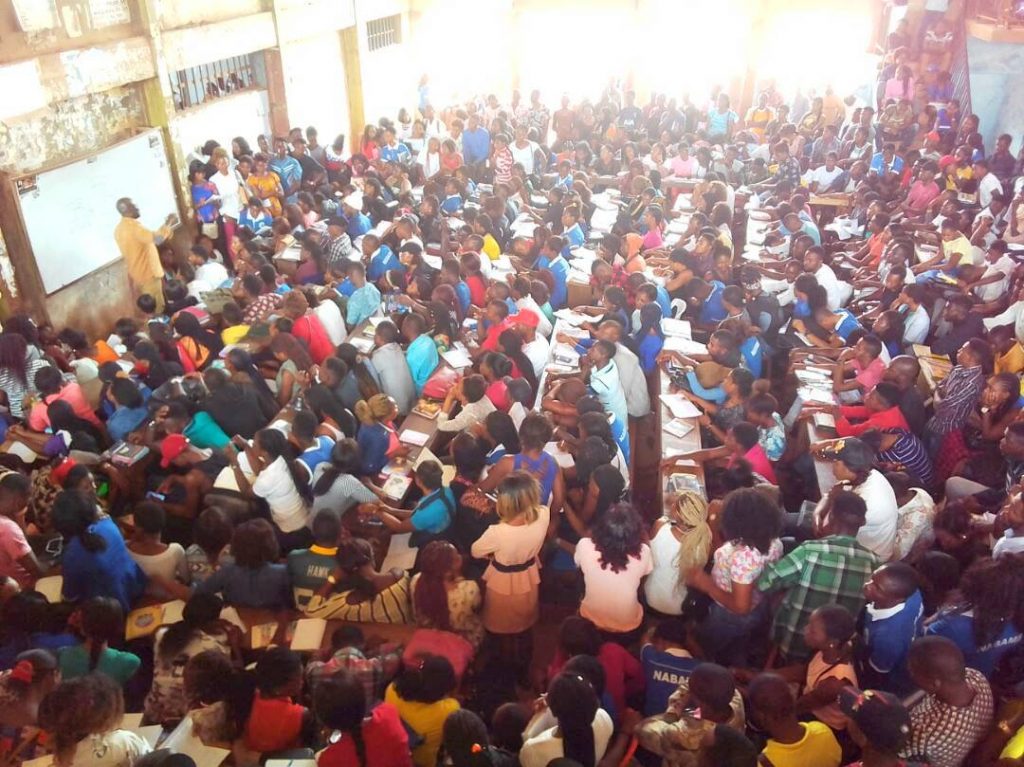 5.   Strike: In Nigerian public universities, your 4 years isn’t going to be actual 4. When ASUU goes on strike, the students are the ones suffering for it even though they claim to be doing it for the good of the students. When two elephants (ASUU and FG) are fighting, the grass (students) suffers.

Is school really a scam? No! So many things should be addressed before we can get this idea of school being a scam out of our students. I for one believe that when a system is not working, rather than creating a new one, you restructure the old one. There are chances that the mistakes made in the first one can be repeated in the second system.

The first step to solving this issue is the remodeling of the curriculum from the elementary to the tertiary level.

It is high time we accept that not everyone is going to earn a living with their university degree, while formal learning is being taught, vocational and skill acquisition courses can be incorporated into the curriculum so that both formal and informal jobs can be made available to keep everyone employed.

Learning does not necessarily need to be only in the formal setting, the earlier we accept this, the better for us.

TOPICS Is School a Scam?

Previous: How to Talk to Kids About Violence
Next: 3 Things To Stop Doing If You Want To Improve Your Marketing Strategy